Whitney Webb is Back with more on the Epstein case, above.

Whitney touches on Donald Trump's connection towards the end.
She calls him Epstein Lite, but she says he's comparatively clean.

It's becoming clear that a well-connected bunch of people
have a very long history in the elite background to all this.
More on that below:

Ghislaine Maxwell’s, #Epstein’s handler, sisters Isabel and Christine
co-founded Magellan in 1993. Does this sound like the precursor to
Google and Yandex (Russia)?

Did the Maxwells backdoor the whole world? 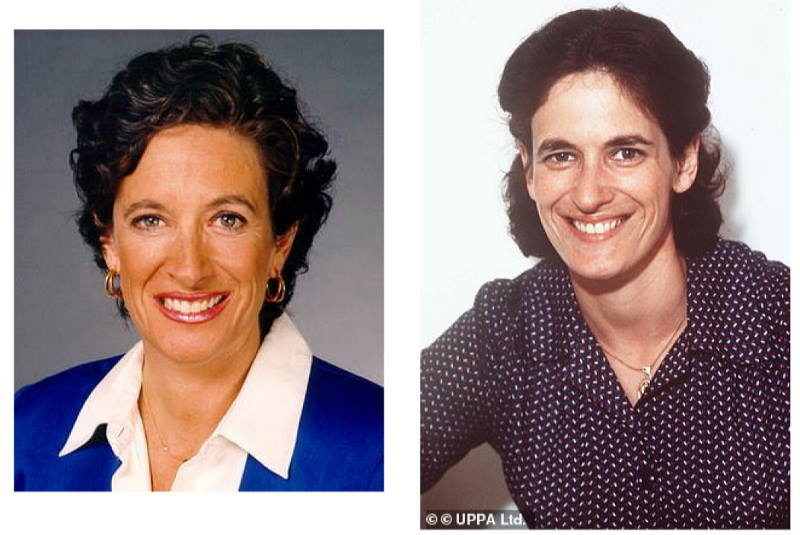 Christine and Isabel had more freedom to strike out on their own after the demise of the Maxwell empire. In the 1980s, they decamped to Silicon Valley and in 1993 they helped co-found Magellan, an early search engine, with Isabel’s then-husband, David Hayden. According to the Daily Beast, the sisters appear in Michael Wolff’s book on dot-com startups, Burn Rate. Wolff describes Christine as “more commanding than her sister,” but both Maxwells are memorable characters — early Winklevoss prototypes. In a 1997 interview, Isabel credits her sister with coming up with “the idea of reviewing and rating.”

The twins made millions when Magellan was sold to another company, Excite, but — according to Isabel — it cooled the relationship between the two of them. “When McKinley [Magellan’s parent company] didn’t make it, our relationship changed,” Isabel said in 2002. “And I changed, in terms of my relationship with my family. Before then, I was completely in sync with the family. When something got to them, it got to me, too.”

Since then, both sisters seem to have remained in the software and technology spheres. Christine is a doctoral candidate in the humanities department at the University of Texas at Dallas, and continues to consult for internet companies. Her UTD website lists a personal website, ChristinesWorld.com, which is no longer active, but it does have the brief personal statement that she “came to the University in January 2012 and am enjoying academia and the associated activities of ‘big city’ life very much; it’s much different from the French countryside where I was working on my own Internet content projects!” After Magellan, Isabel was the president of an Israeli email venture called Commtouch, and has continued to work in the country. She has used the title “Technology Pioneer of the World Economic Forum.” In a 2000 interview, she displays a Zuckerbergian enthusiasm for the internet: “The wonderful thing about email is it’s not sexist,” she said. “It’s democratizing.”

The Maxwell twins’ husbands have truly bizarre histories, which has led observers to point out that they share Ghislaine’s association with powerful and unconventional men. Christine is married to Roger Malina, an astrophysicist at the University of Texas, whose father, Frank Malina, was also a scientist. Malina, the Daily Beast reveals, hung out in California with the likes of Scientology founder L. Ron Hubbard and rocket engineer Jack Parsons, occultists and transhumanists (a strange echo of Jeffrey Epstein’s friends in similar academic and business circles).

“You can be a small [Intelligence] service [Israel for Russia],
have one great penetration [United States],
and you can move the world.”
- James Jesus Angleton CIA

Ghislaine talking about tracking sea vessels and data for her TerraMar
Project in 2014. Her friend Scott Borgerson’s company CargoMetrics
tracks all ocean traffic in real time. I speculate BRI involved.

https://t.co/HPMDf4m7de
https://t.co/NGToFQG1Ro
Minds are like parachutes.
They only function when open.
Top

"We had Clinton, We had Everything" 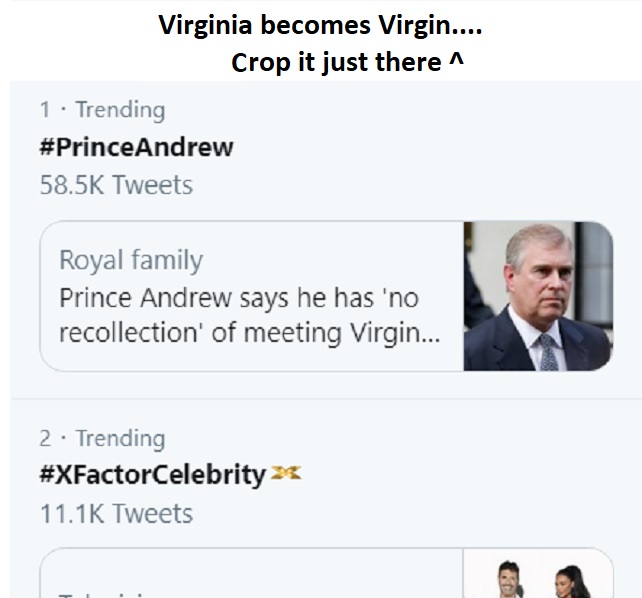 [youtube]https://www.youtube.com/watch?v=VQOOxOl9l80[/youtube]
Minds are like parachutes.
They only function when open.
Top

So many people are worked up over this Epstein thing but in my view it's a 'tempest in a teapot' distraction.
Top

Point of order. I am suspicious of the dual citizen charge thrown about in alternative news articles. Do these named influential and powerful people really hold an Israeli passport? If they are Jewish they potentially could get one but I can't imagine all these US Jews taking that leap. Maybe I am wrong but I'd like to see some proof. Bernie Sanders. Really?

You read all that mind blowin' info and this is all you focus on - gotta make it about the poor Jew.

Another thing:
The impeachment farce is basically a Jewish affair, noted the Israeli daily Haaretz

The soul and engine of the impeachment is Adam Schiff, 'Shifty Schiff' in Trump's colourful expression. His name brings to mind the Jewish banking house of Schiff, top Jewish aristocracy of money and media. The second man is Greedy Goldman, or Daniel Sachs Goldman, the chief interrogator in the impeachment hearings. Sachs Goldman or Goldman Sachs, another top Jewish name and bank. The third Jew in the heart of the impeachment is infamous George Soros. Haaretz could add that the top witnesses for prosecution are also Jewish, the bizarre Gordon "Zelensky loves your ass" Sondland, or Vindman the Spy. Trump would never dare to notice this remarkable coincidence, concludes Haaretz.

A world without these fifth columnists would really be something else - wouldn't it. Just imagine it.

The most important words : 'Hired by the family'
~"“True observation begins when devoid of set patterns, and freedom of expression occurs when one is beyond systems.”"~
Top
Post Reply
40 posts