The Banker's War on People has Entered a New Phase

Outside the Fakes network, I recommend browsing individuals analysts.
Plus many largely unknown savvy analysts are found on web forums.
I link a lot of decent analysts in the BFN twitter feed & post some here.

Corbett adds little, and yes it suited the globalistas to sacrifice the USA
so that dollar bankers and corporates could make their global plays.
That era's ending now -was ending even before Trump.

Global war is not an option - the modern JIT economies can't handle the
supply chain degredation of wartime. Even trade wars are of limited use
for the same reasons.

So continuing this look at the macro level of geo-economics, here's
an interview with Catherine Austin Fitts which covers capital, power,
assets, the dollar and the emerging Chinese middle-class
-plus more.

I'm not endorsing CAF, but it's a useful broad scope. She has a fruitloop
moment at the end when she says a third sex category on official US
forms is for a race of robots who will come in neutral sex only!

But the issues touched on are mostly relevant:


The U.S. government is “missing” $21 trillion between the DOD and HUD. This fact was uncovered by Fitts and economist Dr. Mark Skidmore last year. What was the government’s answer to this gigantic accounting fraud that is the size of the federal deficit? Give the government’s budgets basically classified national security status.

Investment advisor and former Assistant Secretary of Housing, Catherine Austin Fitts says, “Apparently, the people leading the audit have come to them and said if we do this audit, we will disclose classified projects. So, the board (Federal Accounting Standards Advisory Board - FASAB) came out with a new policy.

This matches up with the waiver given to the national security advisor that says corporations, if he waives them (regulations), can also cook their books with the SEC. Now, we have the corporations making money, and they can cook their books under the law, and apparently the government can too.

So, when the board made the statement and announced this new policy, they made the point that if they didn’t do this, the only alternative was to redact the Department of Defense financial statements, which meant you would have to redact the U.S. government’s financial statements, which means we have reached “Never, Never Land,” which also means the whole thing is a joke. . . .

They can publish financial statements that are complete fiction with no accountability to you and call it national security. What this is doing is engineering complete financial insecurity for every American citizen.

This is the end of financial security.”

Fintan wrote:Global war is not an option - the modern JIT economies can't handle the supply chain degredation of wartime. Even trade wars are of limited use for the same reasons.

We should keep in mind the law of causality. What is the cause and what is the consequence; what is the goal and what are the means to achieve that goal; or who is the controller and who are the servants.

The JIT economy is just a means to an end, a method of planning to maximize the profits for the controllers, and achieve the goal of the controllers. As soon as this goal changes from optimizing peace time profits, to resetting the system of extortion that would demand war, the JIT economy will be replaced with war economy. In a war economy every citizen can be forced to work for the war machine even for free like slaves. That will more than compensate for any possible less efficient storage and production.

Therefore, I don't think JIT economy will save us from a global war. Not saying that there surely must be such a war, because I don't know, and except for those at the very top of the pyramid, nobody else can surely know. But if anything has the power to prevent such a war, then that will be something else.

We have mentioned China as the new centre for the globalist rulers of the world, and that they will use all the technological tools of mass surveillance that the west was planning to use. This is actually happening in real time already, check this out:

China is building a digital dictatorship to exert control over its 1.4 billion citizens. For some, “social credit” will bring privileges — for others, punishment.
By China correspondent Matthew Carney

Don't forget to read the part about the Chinese journalist Liu Hu, who lost his social credit and is effectively confined to house arrest. Imagine our own social credit scores in such a system after posting on forums like this one. Not to speak about the scores of Fintan.

So you think China is a completely different world, and too far away to concern us? They are just the guinea pigs, because it is easier to force total control on people raised in communist totalitarianism, than on people in relative democracy. But as soon as the system turns out to be workable and successful, it will be forced on the populations of other countries as well, just like it happened with the fiat money systems.
Top

A wise person noted years ago that totalitarian China is the model for the NWO satanists.
Such things as 'feminism' (women being told they are the same as men, working outside of the home while the children are raised by state-approved centers). This is also necessary to keep the criminally insane debt-based money creation system going, increasing numbers in the work force are necessary to pay the federal income taxes on the exponentially increasing federal 'debt'. Many other examples but this is the one that comes to mind.
One non-Chinese thing that the NWO satanists have injected into the USA is the drug thing, by which they created a zillion$$$ goldmine for themselves by inaugurating in the 1960s,,,,also because a drugged populace is a docile populace?
From what I am told by someone who worked there as an English teacher there is zero drug problem in China due of course to the sole fact that the government does not allow it (death penalty).
Top

The cracks in the Bond market could be widening.
Prepare for a possible exit panic!

How can EU institutional investors chase negative yields
when US Treasuries are paying up to 2% more?

The value stock and bond rotation has put extra strain on dollar funding in
the system. There is a massive shortage of USD and the REPO rate hitting
10% shows that some overnight borrowers will pay a high premium for
funding and/or else there is a major problem with an 'Institution' -
$52bn of overnight funding is not a small amount of funding.

Doesn't it all just come down to this:
The central banks, having created a massive debt-bomb by forcing nations to borrow more debt into existence, have for 10 years been buying debt in a desperate attempt to keep interest rates artificially low (when, for example, Spain's should probably be starting at about 15%).
Also, these same usury banking criminals want to buy up all European national debt and replace it with Eurobonds.

Their dream since around the year 1900?
They have already murdered untold millions since 1900 to achieve it.
Top

https://unicornriot.ninja/2019/massive- ... and-trust/
"Now water can flow or it can crash. Be water, my friend." - Bruce Lee
"Three things cannot be long hidden: the sun, the moon, and the truth." - Buddha
Top 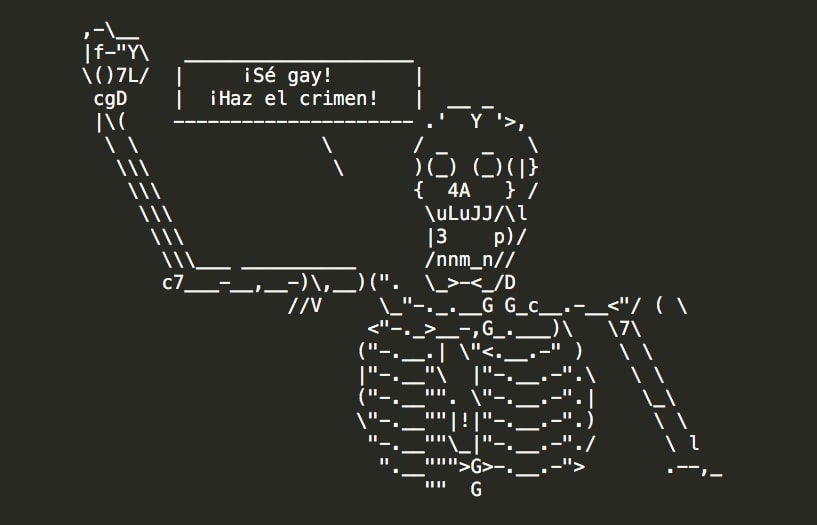 Has that ring to it like "All your Base are belong to Us"
Minds are like parachutes.
They only function when open.
Top


LONDON, UK – Hundreds of thousands of documents from inside Formations House, a posh British finance firm located in central London, have been released online tonight. Formations House created thousands of companies for ultra-wealthy business-people for offshore banking and international transactions. The transparency collective ‘Distributed Denial of Secrets‘ obtained these documents from a source dubbed “Babylon” and is publishing them online. More than 100,000 recorded phone calls between Formations House, its customers, and related figures, are included. Full archives of the phone calls are expected to be released in coming days.

This new data release is named ‘#29Leaks’ after 29 Harley Street, the original location in London of Formations House (it moved to a new address after 2016 – the records in this release were generated out of that original location); it’s a prestigious address about a thirty-minute walk from Parliament.

This is the second large release in recent weeks focused on “offshore” banking from DDoSecrets. On November 19, Unicorn Riot reported a massive leak of an offshore bank based in the Isle of Man which DDoSecrets released in full (these files were attributed to an anarchist hacker using the alias “Phineas Fisher”.)

Links:
https://ddosecrets.com/
https://unicornriot.ninja/2019/massive- ... and-trust/
"Now water can flow or it can crash. Be water, my friend." - Bruce Lee
"Three things cannot be long hidden: the sun, the moon, and the truth." - Buddha
Top

OK for the 'elite' to use tax havens,,,but not OK for us.
Top
Post Reply
21 posts