The yellow vests did not attack anything.
That vandalism was done by operatives sent in by french intel to smear the vests.
Top 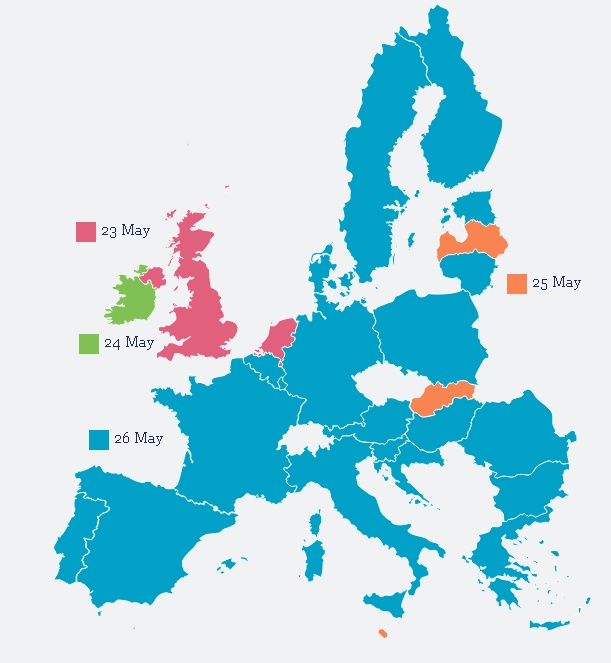 By Monday morning Europe's political landscape will be reshaped.

Here's the NWO's fears as outlined by the
"Council on European Foreign Relations":
What's needed, says the CEUFR is for the
sensible parties to unite to stop this.

Otherwise horrible things like this will
result from a "divided mainstream": 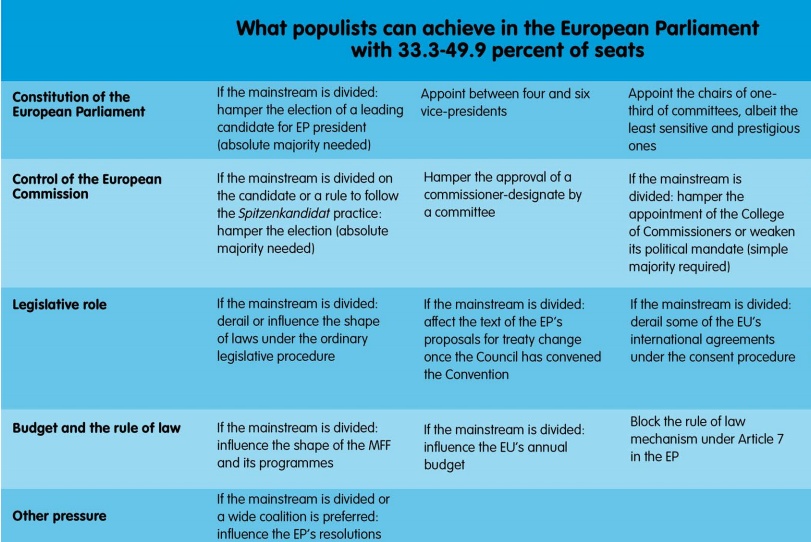 
THE STATUS QUO IS OVER:

"Until now, after European elections, the puzzle was quite simple,
the EPP and the socialists came together, counted the votes and
there was a comfortable majority… Now nobody is able to say
what the final composition of the majority will look like.

and also sadly, LePen and Macron are really on the same team.
Top

MichaelC - Dude! You need to move to Italy!
It looks like you're getting your wish as those "NWO usury bankers" you're always banging on about are finally getting their comeuppance!

This is a really interesting article from Fintan's twitter feed which if true is going to have serious repercussions for all of us living in the Eurozone.

A euro crisis has been brewing for years.

Eurozone officials and the ECB have long held the upper hand vs individual countries like Greece and Portugal.

However, Italy now has the upper hand, if it chooses to wage war.
...

The German Bundesbank has warned that it could face heavy losses if a major country leaves the euro and defaults on debts to the European Central Bank system, but warned that any attempt to prepare for such a crisis could backfire by triggering a speculative attack.

The analysis is highly sensitive coming just days after the insurgent Lega-Five Star government in Italy passed a decree in the Italian parliament authorizing the creation of a parallel payments system known as ‘minibots’, a scheme decried by critics as a threat to the integrity of the euro and potentially a ‘lira-in-waiting’.
...

With Greece and Portugal, the ECB had the upper hand.

Who has the upper hand here?

I suggest Italy and I hope Italy uses it.

But remember what happened to the last head of state who actually did that:

And most importantly: Why should Italy, or any country, have a "National Debt"?!
If this new guy is for real he would repudiate all of Italy's "National Debt" because no payment is due to usurers, as per all scriptures.
Then watch the UN and NATO/IMF, etc, move in!
Top

I spend some time in Paris each year. Last year I saw the vests marching down Quai Voltaire one Sunday afternoon. I saw clean peaceful orderly middle class people and I thought of joining them, I should have but did not. Next time I will.
A few days later I was informed by an eye-witness, a Polish friend who lives and works in Paris, that the same yellow vests were attacked with tear gas, etc., by police as they marched peacefully near Bastille.
The vests' complaint, against the 'carbon tax' imposed by the closeted homosexual & usury banking stooge Macron, is totally legitimate.
I wonder if they have at times been infiltrated by French Intel elements, which would account for any violence blamed on the vests.
I think the solution is for the people to remove the NWO stooges from office and this is quite a task because no candidate now receives mainstream media coverage unless he is in accordance with the NWO macro plan, And this includes LaPen, btw. She and macron are on the same team though many seem unaware of this.
Top

Ruptly is live from Place de la Republique in Paris on Tuesday, July 14,
as protesters hit the streets. ‘Yellow Vests’ are expected to join the
demonstration. The protest is taking place as Jean Castex becomes
Prime Minister. The French government is still banning gatherings
with more than 5000 people due to the coronavirus outbreak.&#8203;
Minds are like parachutes.
They only function when open.
Top

In Lleida , Catalunya, protests resulted in a judge cancelling the Generalitat plans to re-lockdown that area.
RESIST!


An investigation has been launched into the violent arrest of Michel Zecler,
a music producer who was racially abused by officers on Saturday for not
wearing a face mask.

Widely viewed footage of the incident shows officers following Mr Zecler
inside his music studio, where he is punched and beaten with a truncheon.

Mr Zecler told reporters on Thursday he had been walking around nearby
without a face mask - against French COVID-19 health protocols - and upon
seeing a police car, went into his music studio to avoid getting a fine.

The officers involved have been suspended and are currently being held for
questioning, according to the Paris Prosecutor's Office.

"I was lucky enough, unlike many other people, to have had the video that
protects me," Zecler told reporters on Thursday.

Saturday's protests were planned before the images were released, but the
incident has fueled the size of the protests against police brutality & the
proposed law on Global Security -ironically including restrictions on
filming of the police.