As maybe you saw in the above video, David Bohn
has a lot in common with Bucky Fuller.

So where was this guy when my brain was being numbed-out
by incomprehensible, pointless, abstract, boring mathematics.

A picture is worth 1,000 words, and this pair of videos are a visual
shortcut which avoids brain burnout - yet totally explains it all.

There's certain shit you need to grasp to understand reality.
These videos unlock two of those key insights for you.

The first above nails Fourier transforms - which
are a key foundation for the holomorphic reality!

It's a slow builder as the dude sets it up nicely.
Then he starts to blow you away -and more!

Quinton Baker
I haven't literally said "woah" multiple times
in a YouTube video in years, if ever. Woah.

Ryan Cipriani
This is the most incredible explanation I've seen of the Mandlebrot set.
I see it, and I understand it!

Ferrusian Gambit
So this finally makes the link between chaos and fractals clear, nice work.

MonoIit
Finally someone explaining why the colors in the Mandelbrot set !

general kitten
This is the first and only video i have ever seen trying
to explain Mandelbrot set and actually succeeded.

whoijacket
20 years of caring about it, and I finally “get” the Mandelbrot Set.

midplanewanderer
This was literally jaw-dropping. I'm almost brain-damaged when it
comes to simple maths (tedious and boring to me), but the visualization
here helped me to really appreciate what gets mathematicians high about
their craft. It's poetry of the Gods...

Loving the latest additions to this thread Fintan. Nice break from all this other stuff going on in the news.
Top

bri
Loving the latest additions to this thread Fintan.

Well they mark the end of the era. New direction now.

The final job was to show how mathematics is just fundamentally shape.

'Cos where I'm headed, quantum physics has no maths. ROTFLMAO.

Every last piece of the quantum jigsaw Puzzle is now in place in this thread
and in content on Regeneromics.com and Treeincarnation.com.

I've been spending the last six months simplifying and integrating it all.

Gonna kick off a video series to lay it out. Like... simple. Real simple.

And it's no longer about quantum physics at all.

That's just the logic now purring under the hood. 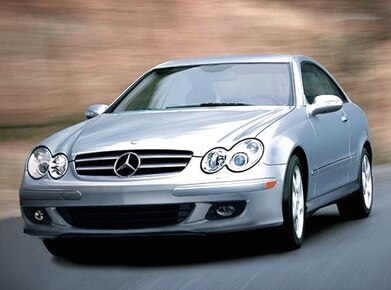 But in the end it's just a way of getting you somewhere you're going.

Somewhere I've been headed all the while:


Immortality: The Realty, The Tangible Proof

Note: "tangible proof". The kind you can touch and feel.
Not incomprehensible mathematical proof in 11 dimensions.

I needed the quantum solution to ground immortality in hard science.
Thus nobody has to take anything on trust. No faith or belief system.

When I solved it the doors of perception swung wide open.

So I'm itching to get videos underway.
I've just got delivery of a whiteboard ffs!! I mean, for real.
When Fintan D gets a whiteboard, some kinda shit's up.

So, yeah the bullshit can go on all around us. As it does.

But some of us have eyes on the stars, eh?

SOME OF US HAVE EYES ON THE STARS.
Minds are like parachutes.
They only function when open.
Top

Macroscale quantum effects
While quantum mechanics primarily applies to the smaller atomic regimes of matter and energy, some systems exhibit quantum mechanical effects on a large scale. Superfluidity, the frictionless flow of a liquid at temperatures near absolute zero, is one well-known example. So is the closely related phenomenon of superconductivity at sufficiently low temperatures.
https://en.wikipedia.org/wiki/Quantum_m ... um_effects

So imagine you're gonna lay out a new perspective in science.

But it turns out the name of that area of science is actually a joke.

Like, the way an impossible "bucket of steam" is a joke.

Like the way "Bigus Dickus" is a joke Roman name.

So, if I say this new science discipline is called:

Be like: Well, I didn't set out to explore quantum macroscopics.

But I'm decades free of what "everybody knows", so when
I found a quantum macroscopic solution I saw pure mother lode.

Mostly though I was simply stuck to explain what I was finding.
Stuck to find the context of it - if you know what I mean.

That's the hardest part of discovery. Context has to cohere.
It's not born of a logical step process. It just crystallizes.

Ironically it was there as a solution all the time in my harping on
about the size equivalence of Sun and Moon seen from Earth.

I called the size equivalence a vastly unlikely coincidence - thus
meriting close further study. "What are the odds," I proclaimed.

A sound argument, and clearly the equivalence of Sun and Moon
requires some explanation. But there is another inherent insight.

Both being the same observed size, the Sun and Moon have a
special kind of relationship: a quantum relationship. Literally.

Remembering that quantum is like digital.
It's whole numbers. 1, 2, 3, etc.

The observed size ratio of the Sun to the Moon is: One to One.
Write it as 1:1 with this ratio mediated by conscious human observation.

The most glorious, ever-present demonstration of Quantum Macroscopics.

The same size because they are manifesting quantum macroscopics.
Two vast objects in an Analog experience, glowing with Digital Coherence.
Displaying the same unitary quantum dynamics as is the micro atomic level.
With the rest of the planets slotting into their numerically resonant orbits.
A solar system which is a macro scale quantum manifestation.

As are we. Quantum Anatomy being the same macroscopic analysis,
but applied to ourselves and guiding the architecture of our bodies.

That's where the Functional Immortality synchronizes into all this.

So that's where I am headed.

First, I need to clear the air a bit. Y'know what I mean.
Lotta dusty old paradigms well overdue being junked.

Developing.....
Minds are like parachutes.
They only function when open.
Top

Fintan wrote:As maybe you saw in the above video, David Bohn
has a lot in common with Bucky Fuller.


We are not our thoughts as they are the reflection of our incident descendant psychic energy by memorial structures adjacent to the mental plane. As such, they impinge on our conscious awareness as indicators of areas of interest that are in need of rectification. (Kind of like squeeky car brakes indicating a need for maintenance.) Our inability to differentiate these interferences from their actual function is simply a question of vibrational frequency. The more we are in tune with ourselves, the better able we are to recognize these artifacts for the elements that they represent, none of which are the self. A lack of self-awareness is part and parcel of their ability to overwhelm our self image and we interpret them as part of that image.
The grand design, reflected in the face of Chaos.
Top

When Coincidence is this good, it's more than mere coincidence.

It's a solution.
Minds are like parachutes.
They only function when open.
Top

Very interesting, I'll try to look into it further, but from the video so far I don't get anything other than math.
~"“True observation begins when devoid of set patterns, and freedom of expression occurs when one is beyond systems.”"~
Top

"We can never be right, we can only be sure we're wrong."