Wow this Brexit..grrr.. Exit.. has turned into something of a political perfect storm right? Looks like while everything is upside down that 'people' behind the scenes can really have good time messing shit up! I`m sure Fintan your in on the low down on this.. added to that just today with the Clinton emails.. I`m sure it`ll some how all link together to form a monster conspiracy!

"We love EU"
"Down with democracy"
"I am not sure if I believe in democracy anymore"
"So what if the EU is unelected, if you aren't for the EU I am not saying you are racist...but"

The above is just a couple of things I have heard in the last few days spoken quite openly by more than a handful of my work colleagues. Well, I lie the we love EU was from the hardcore left no doubt, but I have heard, EU is a beautiful thing. I have heard people getting more hopeful that the people's right to vote and their subsequent wishes will be entirely ignored.

The above is irrespective of the vote itself, I am talking about the mentality of people.
Top

For outside UKers this is really pernicious, you'd be shocked at the vehement emotionality of the Remainers. 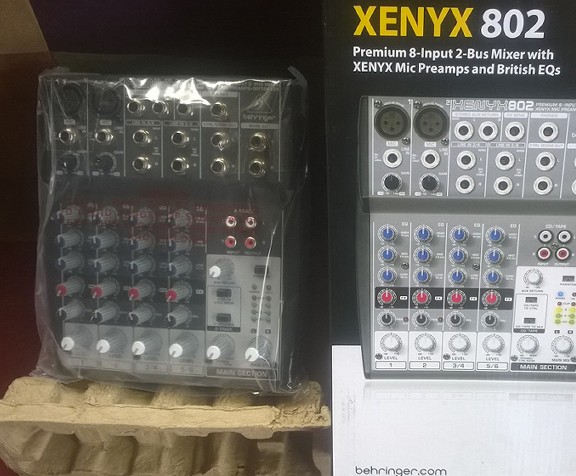 Oooooooooohhh! Look what the mailman just dropped off!!

It's the replacement mixer deck for the busted one that I
posted had scuppered my plan to do an NWO Brexit audio.....

Looks goooood. Lemme at it!

I've done a heap of audios on that old Soundcraft,
but I suppose a new deck for this momentous new
post-Brexit era is probably appropriate.

Cable up and audio ASAP. 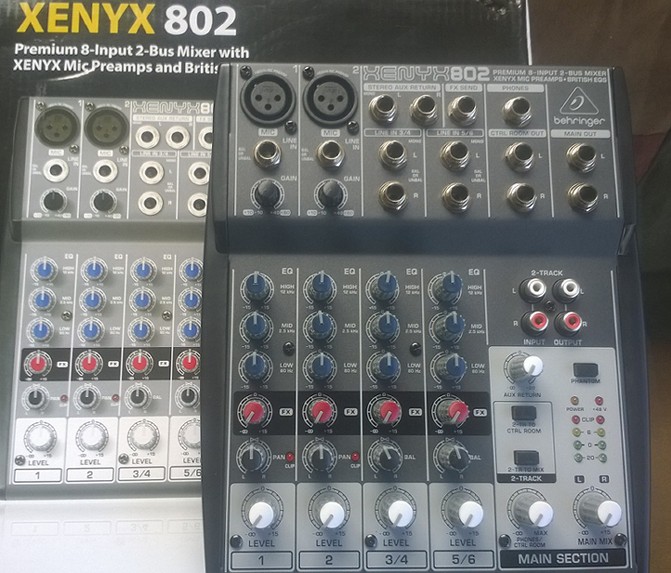 Hey Fintan, don't scrap that old one bud lol! You NEVER know. What an insane couple of political weeks its been and you doing a new audio? My music player is ready!
Top

Things are changing so fast that I bet Fintan has had to re-edit his loooooooong awaited Audio several times!

On the Corbyn coup -

The UK is currently a non-functioning democracy. The Prime Minister has handed in his notice and has no nominated successor. The leader of the Opposition has just been served with a vote of no confidence by 80% of his own MPs. Parliamentarians are openly discussing overturning the result of a democratic referendum. People are pretending that Angela Eagle is a credible future Prime Minister.

The country, in short, has lost its mind.

In the clip above from yesterday’s news, Eagle is seen weeping because she chose to resign a meaningless shadow-cabinet post, despite her own constituency party asking her to support the party’s democratically-elected leader.

God help us if there was a war – Vladimir Putin might say something beastly about her hairdo and give the British PM a complete nervous breakdown. Yet we’re being asked to believe that Jeremy Corbyn is so unelectable that Labour would have a better chance with this woman in charge.

(Or possibly Tom Watson, last seen posting Snapchat pics of himself glomping about at Glastonbury like some sort of hippy Nero as his country and party disintegrated.)

So as the Tories send the UK hurtling towards the EU exit door and a future of the imbecilic Boris Johnson leading the nation, let’s review the state of the Labour Party – the only alternative proposed by those who maintain that Scotland is better served by staying with Westminster.

1. Jeremy Corbyn was elected just nine months ago by an overwhelming landslide of Labour members, winning a greater mandate than even Tony Blair.

2. Since then he’s performed pretty averagely, despite being constantly undermined by his own MPs, who were plotting a coup against him before he was even elected.
...

13. At some point during this mayhem – next week, to be precise – the Chilcot Report will be released, setting off a fresh bout of internecine warfare within the party.

14. On top of all that, there may or may not be a UK general election in October, which Labour would either have to fight in the middle of an insanely bitter leadership contest or in the middle of an explosive split, and in either event with a leader that roughly half of the party’s MPs and members would consider an incompetent imbecile, a backstabbing traitor, or both.

(Our money would normally be against a general election, but the Tories may not be able to resist the chance to have one in those circumstances, confident that they’d not only win a personal mandate for the new PM but greatly increase their majority.)

So there you go, Scotland. If you want to stay in the UK, it’s looking like the Tories with Boris Johnson or Theresa May as Prime Minister, and the country out of Europe, for however many decades it takes for Labour to put itself back together again.

If only there was some other choice, eh?

Boris Johnson is NOT standing for Prime Minister.


Wasn't expecting that one - Maybe he is an evil genius after all!


All things are relative
http://wingsoverscotland.com/all-things-are-relative/

Of the UK’s potential next Prime Ministers, Theresa May is the nice one.

We’ll just leave you to ponder that for a bit.
...

Who knows what's next? - maybe those pesky NWO kids!

(old news since you guys are too amazing but still...wow lol)
Top

Just listening to this now.....

Here is what we know which is irrefutable.

He just happened to have murdered Jo Cox a lead member of the remain team.

It just happened to be that her birthday was only one day before the referendum.

He just happened to have got hold of a gun despite that being a very difficult thing to accomplish unless you know some hardened gang member.

He happened to say "Britain First" something which can only be corroborated by one witness since the other one seems to have disappeared.

He happened to have "Nazi items" ....no questions from the media about what this entailed.

It just happened to be a woman, not just a woman, but a mother, someone who had worked for Oxfam etc.

This then led to a procession of outpourings and tributes....the remainers were then able to use this as an emotional weapon

It was on every tv screen, the referendum was put on hold because of it Lagarde said "out of respect for Jo I won't answer that question" everyone was invoking the "Jo tribute".

Heck, at my work place the day before the referendum the company made us have a minutes silence.

Therefore with that said, why do you dismiss the notion that there are elites within the establishment....they want to foster a deeper integration with the EU in it's current guise as well as ones who want to take a different approach?

If someone as this man appears to be is unhinged....it makes it that much easier to incite him into carrying out this act I would posit.

Moreover if it did have a significant effect on the polling...then it helps to further divide Britain and cause the kind of real xenophobic crap which I have seen and heard (from the EU advocates that is)
Top

Thank you for that one, however brief, exposing the core with enough details is not that easy.

stillsearchingtruth wrote:.....why do you dismiss the notion that there are elites within the establihment....they want to foster a deeper integration with the EU in it's current guise

In the shorthand of the audio I didn't get into the nuances -but it indeed can't be ruled out. That said, if it had been an op, I figured it would have been deliberately triggered a few days later than it occurred.
Minds are like parachutes.
They only function when open.
Top

My response to that would be if that if it were an op, you have to let the momentum of events take hold in the coming days.

Given that it happened on the 16th and the referendum was on the 23rd....any later than Friday would have been too late as the weekend would not have caught the public's attention in the same way that weekdays do.
Top
Post Reply
110 posts