And what about Carlos?
And then there’s the curiouser and curiouser story of Carlos, the Spanish
air traffic controller working at Kiev’s tower, who was following MH17 in
real time. For some Carlos is legit - not a cipher; for others, he’s never
even worked in Ukraine. Anyway he tweeted like mad. His account – not
accidentally – has been shut down and he has disappeared. His friends are
now desperately looking for him. I managed to read all his tweets in Spanish
when the account was still online. And now copies and an English translation
are available. READ: http://rlu.ru/1k4m

Thats another report on RT.

Im not supporting RT in any way but saying that's quite mainstream ?...at least its out there reaching potential readers ?.
Top

So, in summary, we have this list of candidates:

I don't know about you, but to me #3 is the one blinking red.

.... the ones with means, motives and most opportunity were....

.... one or other block within the Ukrainian Govt. (Neocon/Coup).

Nothing else makes much sense.
Minds are like parachutes.
They only function when open.
Top

I am noticing more and more how the mainstream outlets, especially my Yahoo! homepage post nothing, not even to dispute, the many intriguing anomalies posited by the alternative reports. They have their mindset (orders?) that Russia is bad and the newly installed regime in Kiev is right.
Top

Well, this story is just getting more interesting by the minute...


By Yoichi Shimatsu
7-19-14In these still early hours following the mystery crash of MH17, one must dare to think the unthinkable. An investigator goes to where the evidence leads, and the evidence so far from the crash site indicates a hellish scenario beyond imagining.Besides the nearly 300 passengers aboard the ill-fated Malaysian Airlines, the plane’s cargo bay was loaded with dozens of infected corpses drained of their blood and countless packets of possibly virus-contaminated blood serum, according to the local eyewitnesses, first-arrivers at the crash site in the Donetsk region along Ukraine-Russia borderlands.The gruesome finding points irrefutably to Malthusian skulduggery at the highest levels of the World Health Organization (WHO) in sponsoring a covert biological warfare program against the population of Asia. A systematic investigation is now required to uncover the deadliest plot against humanity in modern history. The more predictable outcome, unfortunately, is likely to be a cover-up on an unprecedented scale to protect the globalist elite from scrutiny, legal prosecution and justice.The blatant violation of international laws for transporting infectious agents indicates a criminal intent in their use at destination.

rest of article;
http://www.rense.com/general96/dutch.html
"A person hears only what he understands."
Johann Wolfgang von Goethe
Top

One of the things that puzzles me is the way the US says without a shadow of a doubt Russia are to blame with this when reading from Fintans link,


While, obviously, they don't share with me the details of their moves, it is a pretty safe guess to say that, especially considering the war going on right across the border, the Russians literally had it all on that day: civilians radars, of course, but also long range radars (ground based and airborne), lots of advanced advanced surveillance (long range detection) radars, lots of tracking and fire control radars numerous radio and signal interception stations. Since all the data from this integrated network of systems could be fused at the higher level command posts we can safely assume that the Russian side had something like "20/20 radar vision": just about as good as it can get. There is no way the Russian shot down this aircraft by mistake.

No matter what we think we know happened to flight MH17 the Russians know absolutely.

My over riding question is if the Russians are innocent in this why are they being so quiet ?.
Top

The cargo bay is pressurized and receives the same air as the cabin does. http://www.pettravelexperts.com/archives/1576

Who would get on that plane with that cargo? The Pilots? Doctors? An astute passenger? No way. Rense story is a red herring.

The only way this works if they stuff MH370 victim's in the cargo bay and morons in the cabin. Fly it by wire and murder all - some for the first time, others twice. Or someone with billion dollar funding bought all seats on the flight to suit the records, fake identities and accompanying passports were provided, the plane was swapped, the flight was listed as canceled, and flight 370 took off (fly it by wire) and was used for the shoot down. It was flown 300mi off course to get to the correct region for shoot down. Flights for MH 17 resume the next day. I don't buy that. Malaysian airlines would have to participate in this scheme. I do know that MOSSAD has infiltrated into Malaysia's Bukit Aman (Federal Police headquarter in Kuala Lumpur) and the Malaysian gov is largest shareholder of the airline.

However, security (baggage handling, screening etc...) at Schiphol Airport is operated by ICTS, an Israeli-owned airport security company based in the Netherlands, founded by former officers of the Shin Bet intelligence agency. Its subsidiaries, including Procheck, Ramasso, and I-SEC, are also involved in key security functions there.


***
Military Satellites Likely Saw Missile Strike on Malaysian Airlines Flight
A Ukraine Air Force military jet was detected gaining height, it’s distance from the Malaysian Boeing was 3 to 5km. Is there a possible explanation as to why the military jet was flying along a civil aviation corridor at almost the same time and at the same level as a passenger plane. The SU-25 fighter jet can gain an altitude of 10km, according to its specification. It’s equipped with air-to-air R-60 missiles that can hit a target at a distance up to 12km, up to 5km for sure.

The presence of the Ukrainian military jet can be confirmed by video shots made by the Rostov monitoring center.

At the moment of the MH17 crash an American satellite was flying over the area of eastern Ukraine. We urge the US to publish the space photos and data captured by it.


***
The 108 dead aids researchers on the plane, which was also totally fabricated news from a mainstream Australian newspaper. Now the "official" story has been changed to the number SIX.

Who loves the number 6?


***
Any DNA confirmations made this early are nonsense.

Don't be deceived! This is the important story!
Remember Gaza is being destroyed!
"Now water can flow or it can crash. Be water, my friend." - Bruce Lee
"Three things cannot be long hidden: the sun, the moon, and the truth." - Buddha
Top

Everything you need to get up to speed is in the above list.

The 2nd-last one details the Russian foreign ministry in point 8
asking about our pal Carlos the air traffic controller!

Remember Gaza is being destroyed!

Yep - and Syria and Iraq being trashed.
This coming just after the BRICS Bank.
So we do know who's behind it all.

So go ahead and DIE you ancient assholes! 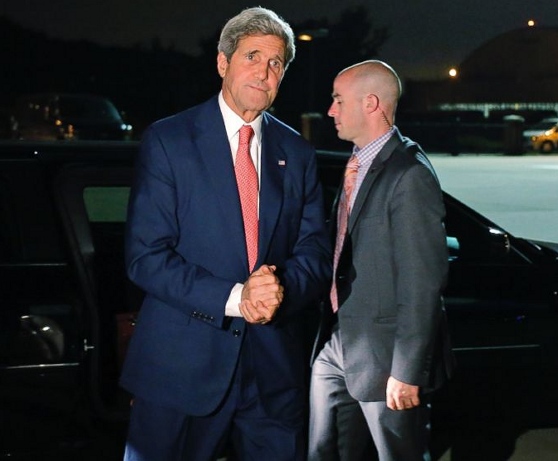 The Russian military detected a Ukrainian SU-25 fighter jet gaining height towards the MH17 Boeing on the day of the catastrophe. Kiev must explain why the military jet was tracking the passenger airplane, the Russian Defense Ministry said.

“A Ukraine Air Force military jet was detected gaining height, it’s distance from the Malaysian Boeing was 3 to 5km,” said the head of the Main Operations Directorate of the HQ of Russia’s military forces, Lieutenant-General Andrey Kartopolov speaking at a media conference in Moscow on Monday.

“[We] would like to get an explanation as to why the military jet was flying along a civil aviation corridor at almost the same time and at the same level as a passenger plane,” he stated.

Thats it...that's exactly what i was referring to with Russia coming forwards with evidence they obviously have.

Great work Fintan...thats game over for me.

The Media MUST report on this..its an official statement from Russia, and has to be included as evidence.
Top

It is so farcical the inepititude of journalism we are witnessing on this.

The AP release this article with the headline
"US: No link to Russian gov't in plane downing"

and then later changing the article's headline to
"US: Russia 'created the conditions' for shoot-down"


Despite the fuzziness of some details, however, the intelligence officials said the case that the separatists were responsible for shooting down the plane was solid.