The investigation may already be doomed:

"Is La Reunion the unluckiest place in the world? Now a VOLCANO erupts on island where 'MH370 debris' washed up... and they've had 18 shark attacks in four years"

"Look up here, I'm in heaven. I've got scars that can't be seen. I've got drama, can't be stolen. Everybody knows me now." - David Bowie
Top

Definitely not a great swimming vacation!

And is this guy the dumbest garbage guy
ever employed on this whole planet??

Yeah Dude - tell us about it:

Nicolas Ferrier says he came across the blue plane seat
three months ago, but thought nothing of it at the time 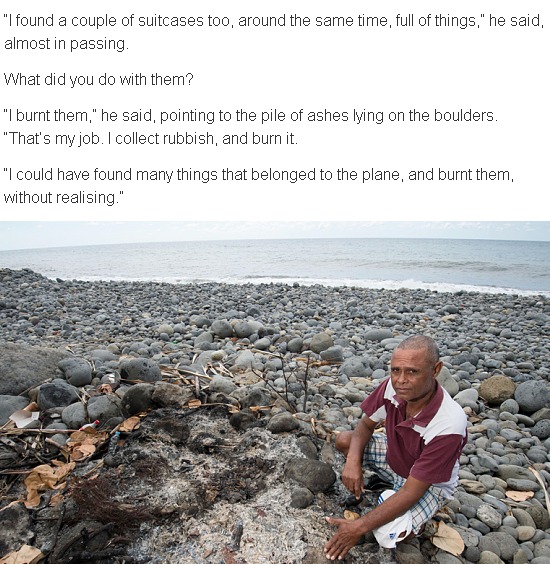 In other developments, a new find of a possible
plane door part - turned out to be a domestic ladder.

And there is a lot of hype about this:

If half the beaches in the southern oceans have Chinese and Indonesian
plastic bottles washed up on them, then this is no big deal.

But it bears closer examination because I can't imagine plastic bottles
having anything like the drift rate of a chunk of aircraft wing!?!

So far no hard evidence that unseen agents are overcooking
the evidence by ditching too much MH370 debris. But any
over-cooking the pot would be a giveaway to us skeptics.

The reason my skepticism buttons are on high alert is that the
CIA officially concluded that the plane was ditched by a suicidal pilot.
(via a CIA leak to ABCIA News). That spin is running again.

Needless to say, when the Agency spins - I go figure. 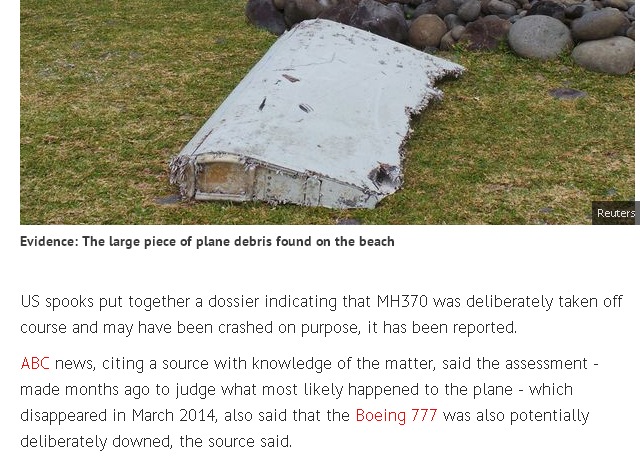 Nicolas seems remarkably parsimonious.
I've always believed it is human nature to rifle through another's belongings and take what attracts you, when given the chance.
Nicholas shows great detachment for someone being somewhere in that human spectrum between car boot sales and burglary.

One wonders whether the 'ladder' will be destroyed immediately or....