This simply states the obvious.

***
More: Israel bans delivery of anaesthesia gas to Gaza hospitals
"Now water can flow or it can crash. Be water, my friend." - Bruce Lee
"Three things cannot be long hidden: the sun, the moon, and the truth." - Buddha
Top

[youtube]https://www.youtube.com/watch?v=lhLm7rbclwM[/youtube]
"Now water can flow or it can crash. Be water, my friend." - Bruce Lee
"Three things cannot be long hidden: the sun, the moon, and the truth." - Buddha
Top

DNA and other evidence prove that the Palestinians are the only true Semites.
The "Jews" of Israel for the most part have zero connection to Abraham or Isaac.
They are mostly Turks/Khazars who have historically been known as bandits.

The US government enables the genocide because the US has no government but rather a collection of obscenely overpaid stooges(aka US Congress) whose sole function is to enforce the edicts of the master criminals who own/control the Federal Reserve.
Top

An Israeli general has confirmed that when snipers stationed along Israel’s boundary with Gaza shoot at children, they are doing so deliberately, under clear and specific orders.

In a radio interview, Brigadier-General (Reserve) Zvika Fogel describes how a sniper identifies the “small body” of a child and is given authorization to shoot.

Fogel’s statements could be used as evidence of intent if Israeli leaders are ever tried for war crimes at the International Criminal Court. 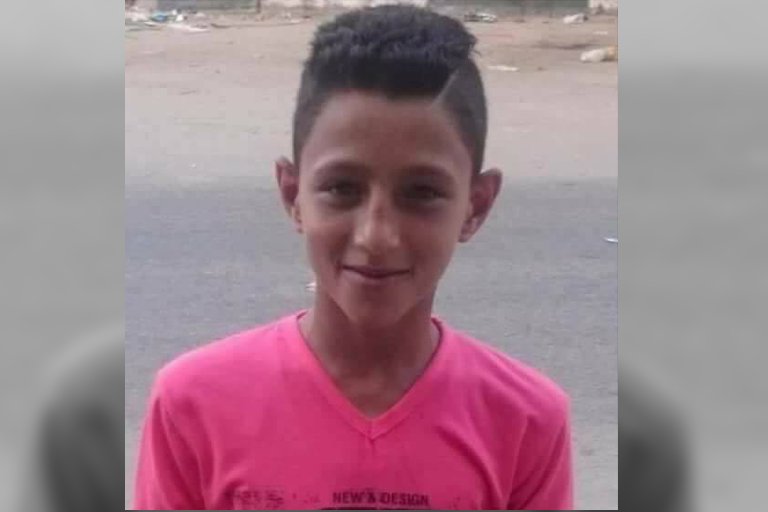 The "International Criminal Courts", esp that one in the Hague, are owned/controlled by the same satanists who are ordering the murders of those children!
Top

MichaelC wrote:The "International Criminal Courts", esp that one in the Hague, are owned/controlled by the same satanists who are ordering the murders of those children!

I think actually admitting they are targetting kids is intended to increase the already unbearably mental terror on the Palestinians.
Smug in their certainty they will never pay for their crimes.
Pour apprécier la vie, il faut contempler la mort
Top

From Letters to the New York Times
December 4, 1948

Visit of Menachem Begin and Aims of Political Movement Discussed
TO THE EDITORS OF THE NEW YORK TIMES:
Among the most disturbing political phenomena of our times is the emergence in the newly created state of Israel of the “Freedom Party” (Tnuat Haherut), a political party closely akin in its organization, methods, political philosophy and social appeal to the Nazi and Fascist parties. It was formed out of the membership and following of the former Irgun Zvai Leumi, a terrorist, right-wing, chauvinist organization in Palestine.

The current visit of Menachem Begin, leader of this party, to the United States is obviously calculated to give the impression of American support for his party in the coming Israeli elections, and to cement political ties with conservative Zionist elements in the United States. Several Americans of national repute have lent their names to welcome his visit. It is inconceivable that those who oppose fascism throughout the world, if correctly informed as to Mr. Begin’s political record and perspectives, could add their names and support to the movement he represents. [See Note A]

Before irreparable damage is done by way of financial contributions, public manifestations in Begin’s behalf, and the creation in Palestine of the impression that a large segment of America supports Fascist elements in Israel, the American public must be informed as to the record and objectives of Mr. Begin and his movement. [See Note B]

The public avowals of Begin’s party are no guide whatever to its actual character. Today they speak of freedom, democracy and anti-imperialism, whereas until recently they openly preached the doctrine of the Fascist state. It is in its actions that the terrorist party betrays its real character; from its past actions we can judge what it may be expected to do in the future. [See Note C]

A shocking example was their behavior in the Arab village of Deir Yassin. This village, off the main roads and surrounded by Jewish lands, had taken no part in the war, and had even fought off Arab bands who wanted to use the village as their base.

On April 9 (THE NEW YORK TIMES), terrorist bands attacked this peaceful village, which was not a military objective in the fighting, killed most of its inhabitants “240 men, women, and children” and kept a few of them alive to parade as captives through the streets of Jerusalem.

Most of the Jewish community was horrified at the deed, and the Jewish Agency sent a telegram of apology to King Abdullah of Trans-Jordan. But the terrorists, far from being ashamed of their act, were proud of this massacre, publicized it widely, and invited all the foreign correspondents present in the country to view the heaped corpses and the general havoc at Deir Yassin.

The Deir Yassin incident exemplifies the character and actions of the Freedom Party.
Within the Jewish community they have preached an admixture of ultranationalism, religious mysticism, and racial superiority. Like other Fascist parties they have been used to break strikes, and have themselves pressed for the destruction of free trade unions. In their stead they have proposed corporate unions on the Italian Fascist model.

Were Cabalist (Illuminati) Jews Responsible for the Jewish Holocaust?
During the last years of sporadic anti-British violence, the IZL and Stern groups inaugurated a reign of terror in the Palestine Jewish community.

Teachers were beaten up for speaking against them, adults were shot for not letting their children join them. By gangster methods, beatings, window-smashing, and wide-spread robberies, the terrorists intimidated the population and exacted a heavy tribute.

The people of the Freedom Party have had no part in the constructive achievements in Palestine. They have reclaimed no land, built no settlements, and only detracted from the Jewish defense activity. Their much-publicized immigration endeavors were minute, and devoted mainly to bringing in Fascist compatriots.

The discrepancies between the bold claims now being made by Begin and his party, and their record of past performance in Palestine bear the imprint of no ordinary political party. This is the unmistakable stamp of a Fascist party for whom terrorism (against Jews, Arabs, and British alike), and misrepresentation are means, and a “Leader State” is the goal.
In the light of the foregoing considerations, it is imperative that the truth about Mr. Begin and his movement be made known in this country. It is all the more tragic that the top leadership of American Zionism has refused to campaign against Begin’s efforts, or even to expose to its own constituents the dangers to Israel from support to Begin.
The undersigned therefore take this means of publicly presenting a few salient facts concerning Begin and his party; and of urging all concerned not to support this latest manifestation of fascism.
(signed)
ISIDORE ABRAMOWITZ, HANNAH ARENDT, ABRAHAM BRICK, RABBI JESSURUN CARDOZO, ALBERT EINSTEIN, HERMAN EISEN, M.D., HAYIM FINEMAN, M. GALLEN, M.D., H.H. HARRIS, ZELIG S. HARRIS, SIDNEY HOOK, FRED KARUSH, BRURIA KAUFMAN, IRMA L. LINDHEIM, NACHMAN MAISEL, SYMOUR MELMAN, MYER D. MENDELSON, M.D., HARRY M. ORLINSKY, SAMUEL PITLICK, FRITZ ROHRLICH, LOUIS P. ROCKER, RUTH SAGER, ITZHAK SANKOWSKY, I.J. SCHOENBERG, SAMUEL SHUMAN, M. ZNGER, IRMA WOLPE, STEFAN WOLPE

“The Israeli military relies on a network of international companies, supplying everything from sniper rifles to tear gas, to carry out its massacres of protesters in Gaza. These companies are knowingly supporting war crimes, and are complicit in state-orchestrated murder.” — Tom Anderson, researcher for Corporate Occupation


Since the mobilization began on March 30, Israeli forces have killed 205 Palestinians in the Gaza Strip, the United Nations’ Office for the Coordination of Humanitarian Affairs in the Occupied Palestinian Territory reported on October 4.

There have been 21,288 injured, including 5,345 from live ammunition, resulting in 11,180 hospitalizations. Thirty-eight of the dead and 4,250 of the wounded were children.

A press release accompanying a September 25 report by the World Bank warned, “The economy in Gaza is collapsing."

And from another article we get the reasoning behind the
concurrent cuts in basic humanitarian aid to Palestine:

“It’s like a perfect storm of developments building toward the worst situation we have seen in decades in Gaza,” said Andy Dwonch, the mission director for Mercy Corps in Palestine, which has already had to give notice to 13 employees.

Pompeo initially opposed the sweeping cuts, arguing that it would be better to redirect U.S. funding to other international relief efforts. But Kushner pushed back, maintaining that ending the assistance outright could strengthen his negotiating hand when he introduces his long-awaited Middle East peace plan, according to sources.

It would want to be some amazing deal
to make it worth the price of genocide.

But the suspicion will be and is that this sounds more like
softening Palestinians up to make sure that Israel gets a
sweetheart deal.
Minds are like parachutes.
They only function when open.
Top

Where does this all sit when some look at trump as some sort of anti NWO president etc?.

We cheer him on because hes not 'one of them', but surely his support for Israel, and his wthdrawel of aid cannot possibly be supported or condoned in anyway?.

Fintan what do you think of Trump in relation to what hes doing ( or not ) where the Palestinians are concerned?.

I like the fact trumps the thorn in the side of the lunatic left in the US, and how hes rubbed the so called elites there the wrong way, but then hes doing this?...i dont get it.
Top

Excellent point since both "left" and "right" are usually controlled by the same criminally insane usurers who own/control the private central banks plus many governments/media/education systems, etc.
Top
Post Reply
146 posts