Almost 3,500 people have signed a petition calling for the Master of the High Court, Edmund Honohan, to be returned to debt cases.

Mr Honohan was dealing with up to 200 cases a week involving claims over debts, but following an intervention last month by Mr Justice Peter Kelly, the President of the High Court, all debt cases will now be directly assigned to a High Court judge.

Mr Honohan has been a consistent critic of banks and funds in their efforts to secure judgments against debtors. He last year said he had drawn up a Bill to assist those facing repossession.

About 50 people took part in a demonstration outside the High Court on Monday. Liam Ó Maonlaí of the Hothouse Flowers played music while film director Terry McMahon spoke.

A petition was set up on change.org by a group called “Irish People for Edmund Honohan”, which did not return a request for comment.
In the preamble for the petition, the group called for the reversal of the decision to remove Mr Honohan from debt cases.

“We believe that Edmund Honohan acts stoically, in the interests of the Irish people, justice and good law. His proposed ‘Housing and Fair Mortgage Bill’ gives merit to our argument, and to his dedication and acumen, in all related regards.

“With a tsunami of homelessness in the pipeline, and no governmental solutions put forward, the proposed removal of Edmund Honohan from debt cases would be disrespectful to due process for the better good.” 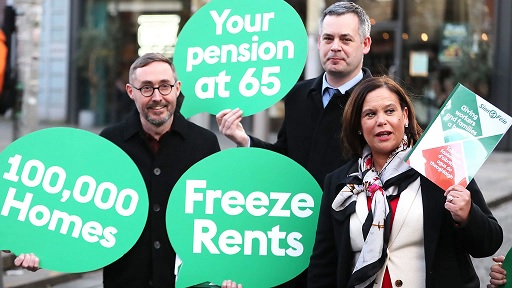 Sinn Féin will try to form a government in Ireland after apparently winning more votes than any other party in Saturday’s general election – a historic result that upended the political system.

The party leader, Mary Lou McDonald, told cheering supporters on Sunday that a “revolution” had occurred and she would try to form a ruling coalition with other parties. “This is no longer a two-party system,” she said.

Sinn Féin, once a pariah for its IRA links, won almost a quarter of first-preference votes, possibly pipping Fine Gael and Fianna Fáil, two centrist rivals that have taken turns ruling Ireland for a century.

It rode a wave of anger over homelessness, soaring rents and hospital waiting lists as well as disillusionment with the traditional political duopoly.

That's the big news out of Ireland, as reported internationally.

Except it isn't big. it's HUGE!

Imagine a USA where the long-dominant Democratic and Republican
parties could only muster between both a mere 44% of the popular vote.

That's precisely the percentage to which Ireland's two former dominant
political parties now find themselves reduced. It's a political tsunami! 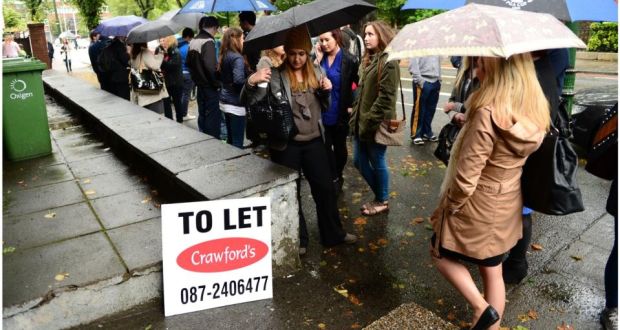 The Irish 1916 revolution against the unaccountable power of colonialism was only the seed of revolution. The 100 years that followed saw Ireland battle to shed colonial STRUCTURES and the colonial MINDSET.

Unaccountable power was the real enemy -colonialism just the symptom of the invasive disease. Post-revolutionary Ireland was notionally free - but still suffering under an authoritarian and arrogant political and administrative bureaucracy.

A local bureaucracy can be as dictatorial as any distant, unaccountable colonial monarch.

Consequently, Fianna Fail and Fine Gael -a pair of right-wing parties have alternately, and latterly collectively, ruled Ireland for 100 years -creating the corruption and administrative disease which is the fruit of unaccountable power.

Those problems economically destroyed Ireland's hard-earned prosperity in 2008 with the humiliating IMF and EU theft of our national assets and savings. 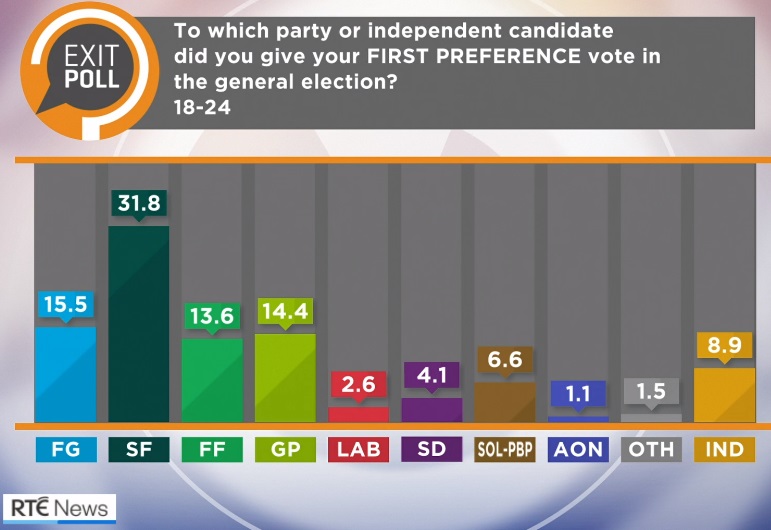 But Ireland's under 45's just voted to ditch this two-headed historic ruling party. They have abandoned the historical FF and FG alternating monopoly.

Ireland's impoverished, excluded and frustrated young adults have broken the hold of the Two Party, One Party State.

This will specifically end the reign of the economic and political insiders who have stonewalled the nation by controlling the party HQ's of both arms of the FF/FG cozy cartel.

But don't mistake what I write as an attack on FF or FG. As with all human institutions, both parties contain noble and ignoble elements. Their undoing has been the mindset which produces disconnection, arrogance and eventually.... downfall.

That mindset of unaccountable power is the constant corruptible dynamic we must guard against. By listening. By listening to individual people. And to all the People.

Two days ago as Ireland voted, weather was abnormally stormy. Gales continued even as the Gaelic nation counted those votes. Those winds of change have been followed today by a gentle snowfall which now blankets higher ground.

After the storm, comes the calm for reflection. Next comes renewal and regrowth.

Congratulations Ireland.
Your 2020 vision is blooming!

The Irish have seen the same litany of corruption as Americans.

They've just about had enough.
And the situation is worsening........

In the intervening years we saw scandal after scandal and literal
street battles to stop water charges, but FF-FG still held power.

Amazing that when the revolution came, it was bloodless and electoral.

The country was going down the toilet.

An era of corruption and profiteering.

In the weeks the election was ongoing, a homeless person suffered
life-changing injuries when swept up by street cleaning equipment
while asleep inside a tent.

And a teenager was murdered and then had his body cut up into
pieces to be dumped in the street to intimidate rival drug gangs.

That's the kind of legacy that led to these assholes being voted out.

All problems originate with a country having surrendered to the usury banking criminals it's right to directly issue it's own sovereign debt-free money.
Top
Post Reply
460 posts