Let me say that I'm not offering the above example as "proof" of the kind
you find in a criminal case at law: i.e. beyond all reasonable doubt.

And I'm certainly not offering any "proof" to people who are already
predisposed to dismiss all this before they even examine the issue in
any detail.

I don't think any proof would ever satisfy people
with such a mindset.

I'm content instead to present this like evidence in a civil law suit, where
those examining it are looking with an open mind simply on a balance of
probabilities basis.


But don't take my word for all this.

Let's see what the cast of "No Country for Old Men" think about it all.

Their view is interesting, because they get to meet the brothers
Joel and Ethan Coen up close and personal.
Their observations are illuminating.

By the way, I didn't pay actor, Javier Bardem to say this.
I didn't give actor, Josh Brolin any money to say what he says either.
No inducements to actress, Kelly McDonald either.
This is how the Coens are known in the film business.

"I always thought, how would that be - to be directed by two people.
But the Coens are like the same person with two heads."
-- Javier Bardem, who plays Anton Chigurh

DVD Special Feature "Working with the Coens," included with the movie.

"Instead of the two-headed monster...
It's the two-headed friend!
It's a true collaboration and they do everything together."
-- Kelly McDonald, who plays Carla Jean Moss 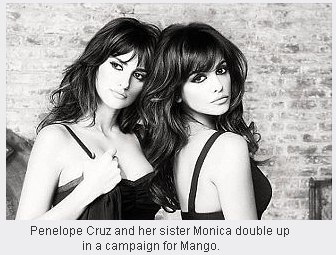 Twins are where we see concurrent sibling incarnations.

But review again the photos referenced in the Audio for this topic
--where we discuss parent and child concurrent incarnations
and incarnations separated in time: 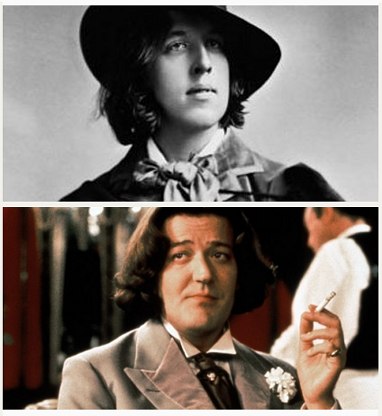 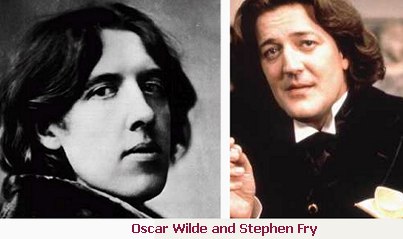 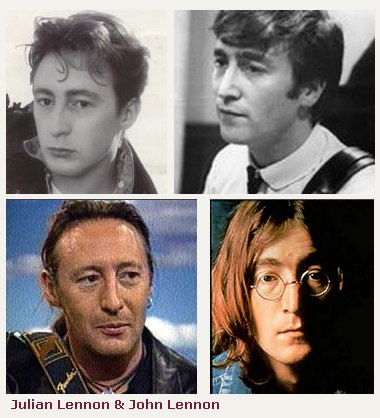 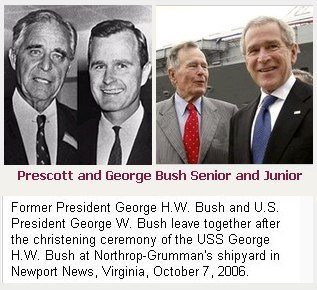 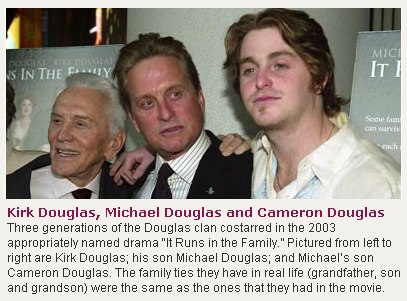 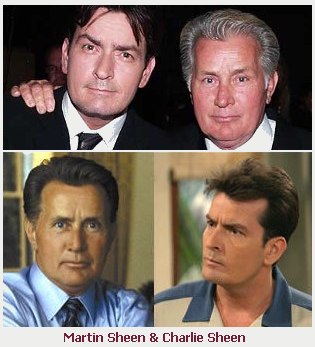 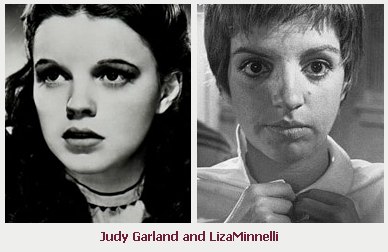 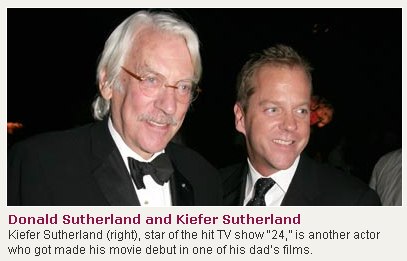 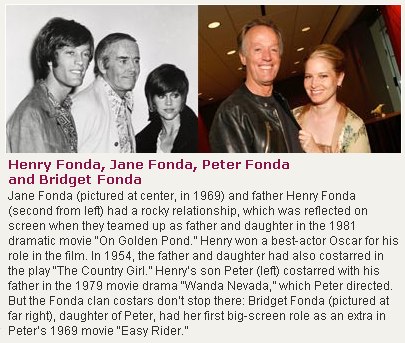 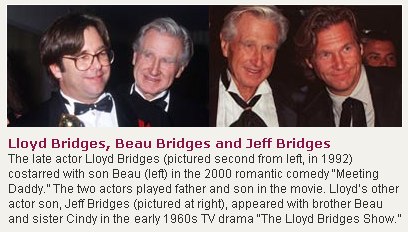 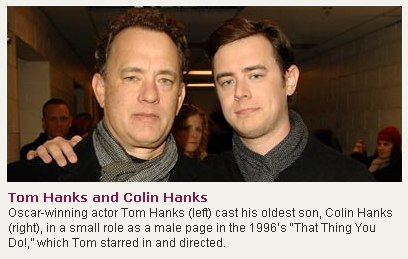 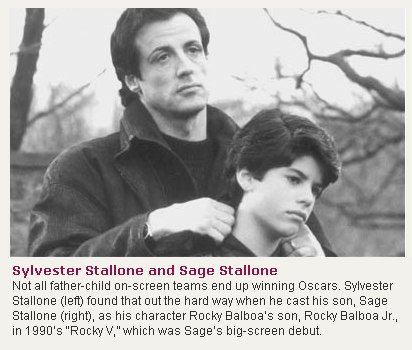 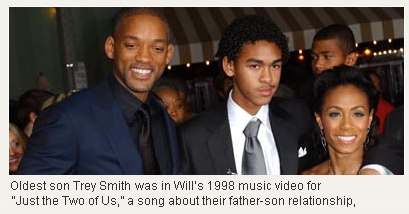 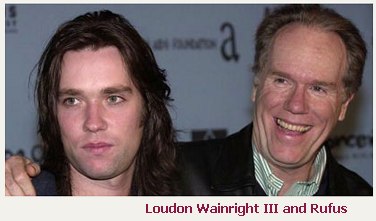 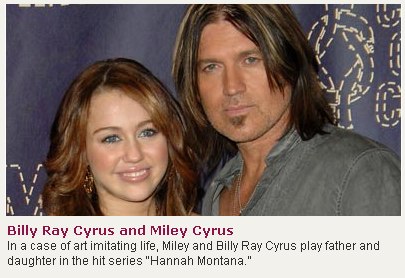 So, what is the force that obliges the zygote to split into two embryos, and more important, why?

The genetic material is a marker and landing strip for the incoming sentience. When there is too much cargo for one transport, you need two vehicles and you then have to have twice as much of the same structure to withstand the heavy lifting.

The principle of refinement determines just how much psyche is the requisite amount for the job at hand. The exchange allows us to refine our natures and head in the right direction. Some need to start the job in a massive way, from an early age, is all.
The grand design, reflected in the face of Chaos.
Top

The idea that you're talking about is very much along the lines of what Jane Roberts was "channeling" in the the "Seth Speaks: The Nature Of Personal Reality" book. It came out in 1974 I believe and what Seth had to say was that all of our incarnations are simultaneous and that time is an illusion.

When I first read it back in the late 70's the way I could wrap my head around the concept was to think of a radio or TV broadcast...they are all happening at the same time but we "tune" into only a single station at any one time. The reason this happens is because we are stuck here in this dimension/density that is linear in nature, therefore it appears as if we "reincarnate" in a linear fashion.

So if time really is just a construct for us, a lot of what you were saying in the the audio would make sense and we're just seeing reflections at this density from the higher densities, where linear time does not exist.

Would this (in more simple terms) be the 'A-Theory' of time? I thought that there were a few significant logical inconsistencies with the view and nature of reincarnation. Definitely keeping an open mind to learn more about the nature of reality.
Top

"what Seth had to say was that all of our
incarnations are simultaneous and
that time is an illusion. "

Actually.... they are sequential and/or simultaneous.

And Time is Reality - not illusion.
Minds are like parachutes.
They only function when open.
Top

But we can get some firm confirmation if the essential essence of a
person's behaviour, life path or obvious talent is as close as is the
facial resemblance.

In other words, if someone is remarkably talented as a pianist and
at the same time is also stunningly similar in facial appearance to a
deceased pianist with an equivalent talent.

Such people almost seem to be able to tweak space-time at will
to guide their incarnation by sheer force of prior expresed potential.

Expresed potential is the essential prerequisite to gaining a 'rudder'
with which to steer our multi-incarante course more precisely, rather
than be merely tossed about on the seas of existence.

As Terrence McKenna says, we then become the author of our story,
not merely a disposable character in someone else's story.

Expressing our potential enables us sieze the moment.


My favorite example of that is Oscar Wilde reappearing as Stephen Fry
and then ending up playing Oscar Wilde in the movie "Oscar."

Not only does he look the same in facial appearance and frame,
but he expresses as the same kind of Anglo-Irish, genteel "Toff."

Message 1: You simply can't keep a good thing down!

Message 2:
You can have a high degree of confidence that you personally may also
maintain the same essential personal qualities and ambience through
time. Just you don't happen to be so "infamous" as to be specially noted.

Message 3:
There are no fixed rules of continuity. Maybe after two or three lifetimes
of pianist, the inner intuitive supermind may opt to have a go at painting
or even a total change to engineering to compliment the previous purely
artictic expresion. In any event, relax and trust that 'inner you' pretty
much knows what it is doing.


Big Boss
Johnny wrote:
"what Seth had to say was that all of our
incarnations are simultaneous and
that time is an illusion. "

Actually.... they are sequential and/or simultaneous.
And Time is Reality - not illusion.

I just dashed off a quick reply there, but to elaborate:

I used to buy into the general idea that 'here' is not the real deal,
and that we will all go somewhere 'else' or that somewhere else
is the more fundamentally real reality.

But I've come to understand that unless mind is continually
re-immersed in Time then it is as ephemeral as the wind and
just as insubstantive.

Only enfleshed can we experience the fullness of experience.

And here must be sequentially built, brick by brick, within the
constraints of space and time --on the previous bricks of the past.

No hopping around in Time. No going back. Onwards. Ever onwards.

The Heaven moment arrives when we collectively realize that we
each of us go on - have always gone on and always will.

When we realize that, everything simply carries on just the same.

Except now it is attitudinally totally transformed.

After that collective Realization, we will ecstatically celebrate.

But you as an individual can celebrate it right now.

Well before our collective humanity gains that insight.
Last edited by Fintan on Mon Feb 14, 2011 5:07 pm, edited 1 time in total.
Minds are like parachutes.
They only function when open.
Top

That is why the spirit works with time and we endure it.
The grand design, reflected in the face of Chaos.
Top

Damn, this thread has my mind racing.

I won't elaborate right now, but my father and I
are basically the same person, and we've
shared paragraphs worth of thoughts in
just a glance.
So when I became a problem-drinker,
it wasn't some spooky, fantasy disease,
it was me living out his past mistakes. 2.0
3.0 If you count my strong-Irish Granddad, and so on.
I was able to become self aware at a young age,
yet the urge to drink came like an act of fate,
an oddly familiar feeling/non feeling.

Of course, the sensible folks at AA would
never buy into that explanation.

Obviously it's an incurable disease
that can only be subsided with very high
doses of GOD. Side effects include:
Crashing your brain on denial: see
psychiatrist, repeat cycle until heaven.

Fintan wrote: Expressing our potential enables us sieze the moment.

Creativity has a lot to teach us about
the nature of reality.

"In the midst of creating, a person is raised to another level of consciousness that doesn't have that much to do with everyday thinking. It's as if you could imagine life before there were words." - Charlie Haden

His son Josh Haden is a bass guitarist and singer. He recorded with 1980s punk band Trecherous Jaywalkers (who recorded for SST Records), and is presently a member of Spain. His triplet daughters, Petra, Tanya and Rachel Haden, are all musicians. Petra and Rachel were in that dog.; Petra was a member of progressive folk group The Decemberists, Rachel played in the rock band, The Rentals, and Tanya is married to actor Jack Black. "It's the hidden things, the subconscious that lies in the body and lets you know: you feel this, you play this." - Ornette Coleman

"We in the Western world suffer from too many categories and classes; we've forgotten that we all still have diapers on. We've separated music from life." - Ornette Coleman

The sins of the father...

You choose your parents for a reason. Every choice is planned for and the decision to embark or not is also part of that plan. When you can see far enough and clearly enough, the eventualities blend into an event horizon that becomes a point of no return.

Getting there is all the fun.
The grand design, reflected in the face of Chaos.
Top

Bri:
Of course, the sensible folks at AA
would never buy into that explanation.

The whole AA thing is screwy. Akin to a cult.

Singling out consumers of alcohol or drugs for cultural
demonization is rather spurious, when the vast majority
of people are addicted to: money, foods, violence, sex,
possessions, nicotine, dominating, video games, shopping......on an on...

Timothy Leary said a drinker was more spiritual than most.


You choose your parents for a reason

In the 2.4 kids dynamic, my observation is that the ".4" is a different soul
and the "2" are simply the parents regenerating themselves.

That's a natural processs -not a choice.
The ".4" do make a choice though - as you say.
Minds are like parachutes.
They only function when open.
Top

Taking that proposition to the next level, we watch the number of "life experiences" rising from a small number at inception to a very large number currently, with no end in sight.

Perfecting is a demanding process. Refining karmically takes attempt after attempt to attempt to create balance. Refining by discerning (conscious awareness is an evolutionary trait, after all) actually reduces the number of "tries" required to achieve transcendence. It actually eliminates blockages and veils that occur during the process as well as avoiding those scenarios that head in the "other" direction.

The universal principle of balance dictates that the work required be equal to effective result. Karma is a retarding effect because its result is reduced with time, relative to the effort expended. Many lives are spent "milling about" while lucidity is achieved by making as direct a line as possible from one state to another.

Cleansing means eliminating, not rubbing. We get enlightened, the lighter we get.
The grand design, reflected in the face of Chaos.
Top
Post Reply
82 posts